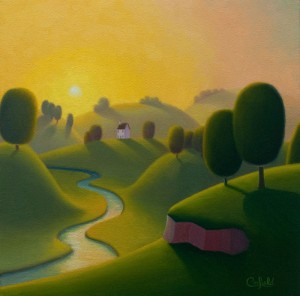 «  A stream from its beginnings in faraway mountains, passed through a great variety of countryside and then reached the sands of a vast desert. Since it had crossed every other barrier, it was confident that it could cross the desert.  However, no matter how hard it tried, the stream always disappeared in the sand.

It was convinced that its destiny was to cross this desert, but could not find a way. It became upset and frightened.

Then it heard a whisper from the desert sand : ‘The wind crosses the desert and so can the stream’. 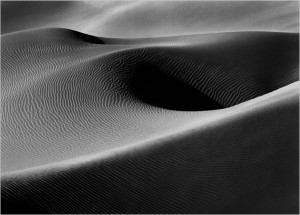 The stream was amazed by the sands whisper and started to talk,

– I have been trying as hard as I can, and anyhow the wind can fly, I am not the wind I cannot fly.

– Off course hurtling in your accustomed way you cannot cross. If you keep doing it, you will either disappear or become a marsh. You must allow the wind to carry you over to your destination.

– But how could this happen?

– By allowing yourself to be absorbed in the wind. 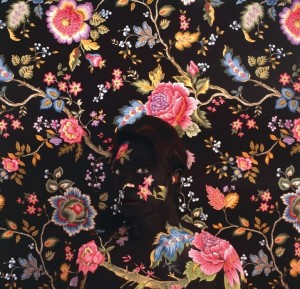 The stream did not like this idea. It had never been absorbed before and was frightened of losing its identity. It thought, ‘if I lose my identity can I get it back again? Or will I be left formless wandering with the wind forever’

The sand, sensing the streams fears, spoke – ‘this is one of the winds jobs It takes up water as vapor and carries it over the desert, and then lets it fall again, falling as rain, the water again becomes a stream’.

– How can I be sure of that? the water said.

– It is so, and if you do not believe it, you cannot become more than a marsh, and even that could take many, many years, and that is certainly not the same as a stream.

– But I cannot remain the same stream as I am today?

– You cannot in either case remain so. The whisper said, Your essential part is carried away and forms a stream again. Even though you are called a stream, and feel a stream, you do not know which part of you is the essential one.

On hearing this, vague echoes began to awake for the stream – dim memories of an aspect of streamness being held by the wind. It thought ‘maybe this is the real thing to do, though not the obvious thing to do’. 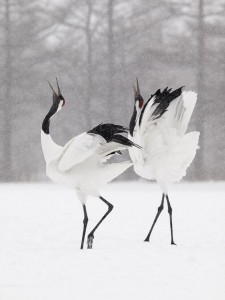 So with a leap of faith the stream let go and began to raise as vapor into the welcoming arms of the wind. Being lifted gently upwards and over the desert falling softly as it reached the roof of a mountain, many miles away becoming rain and then a stream again. The stream was able to remember and record more strongly in his mind the details of the experience and reflected, ‘ now I have learned my true identity.’

The stream was learning. The sands whispered: ‘We know because we see it happen every day: and because we, the sands extend from the riverside all the way to the mountains.’

And that is why it is said,

The way of the journey of the stream of life, is written in the sands.

The painting, photographies and body camouflage of this article are, in the order of the inserts, by :
– Paul Corfield,
– Sebastiao Salgado,
– Cecilia Paredes,
– Dennis Binda.

You can find this tale and many others, beautifully mysterious, in this book :

Tales of the Dervishes
by Idries Shah